In recent weeks, the enigmatic letter « Z » has emerged, symbol of the « special operation » launched by the Russian army in Ukraine. The appearance of this letter is a new example of a phenomenon that has become increasingly important in recent years: the militarization of public space in Russia.

The militarization of public space is a legacy of the Soviet Union. In fact, tanks and other artillery pieces of the Red Army are on display in every town and village in Russia. These military monuments constantly remind new generations of the heavy toll paid by the Soviet Union during the Second World War (“Great Patriotic War”).

In recent years, this exploitation of the memory of war and patriotism has taken on new forms and has become a political issue in Russia. Thus, in 2016, the Russian Ministry of Defense set up an amusement park, the Patriot Park, which aims to « promote an attractive image of the Russian armed forces » and to « develop love and respect for the motherland”. It is also here that an arms fair takes place every year during which families and professionals in the sector come to contemplate the latest achievements of the Russian military industry. On the edge of the park, the cathedral of the armed forces – inaugurated in 2020 in honor of the celebration of the 75th anniversary of the end of the second world – is a curious symbiosis between the religious sphere and the military sphere, two essential components of the current Russian power.

Since the launch of the special operation, the letter “Z” has been in line with this new military communication, which aims to spread throughout Russian society. This simple letter is a constant reminder of the importance of the military sector in Russian society. 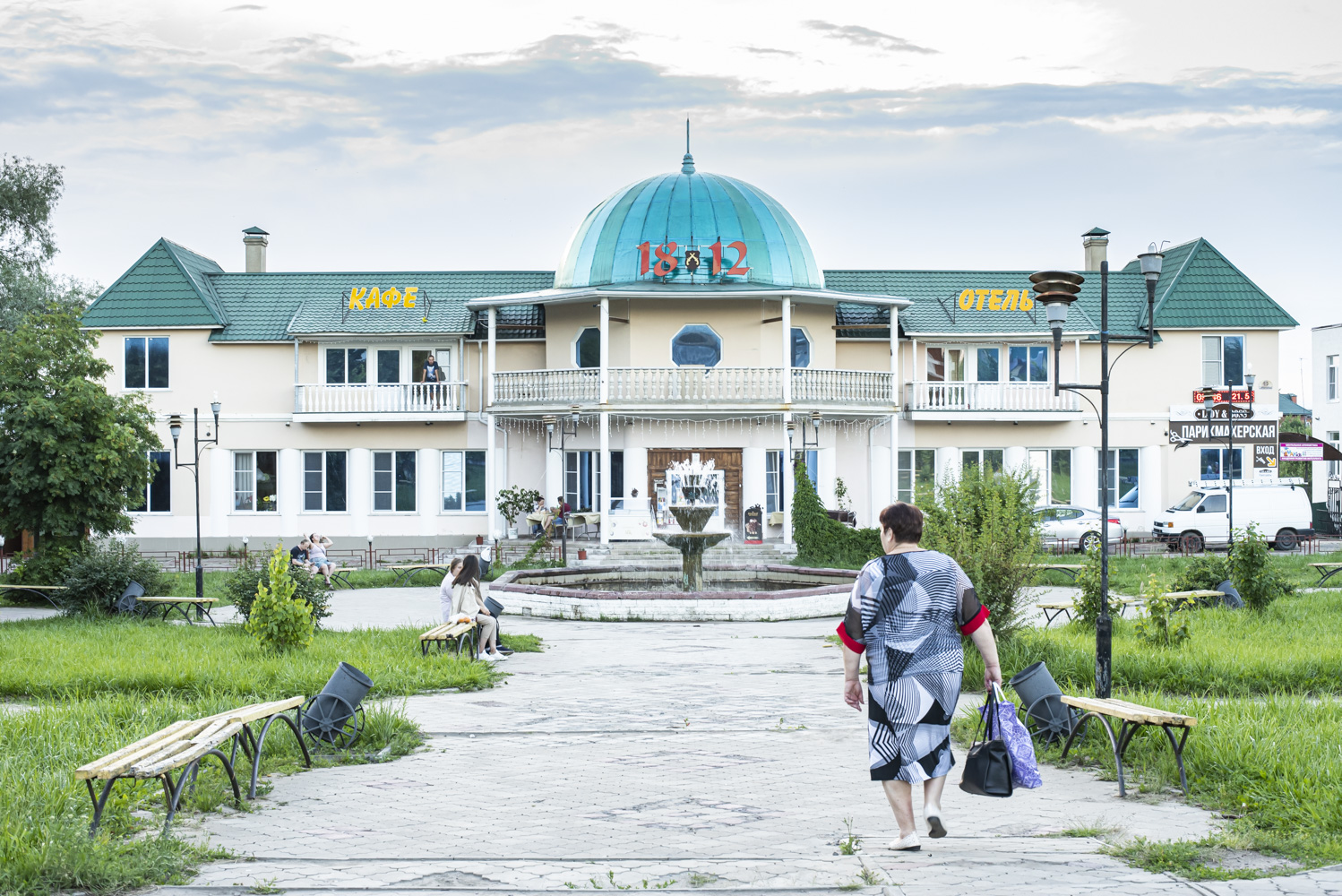 MALOYAROSLAVETZ, 12/07/2020. One late afternoon in July, residents meet in a park in the centre of Maloyaroslavets. Behind, the "1812" cafe-hotel and its "great triumphal fountain". "1812" refers to the first patriotic war, when Russia defeated Napolean, and one of its main battle happened in the city of Maloyroslavetz. The trash bins that adorn the park are shaped like cannons from the time of the Napoleonic war. 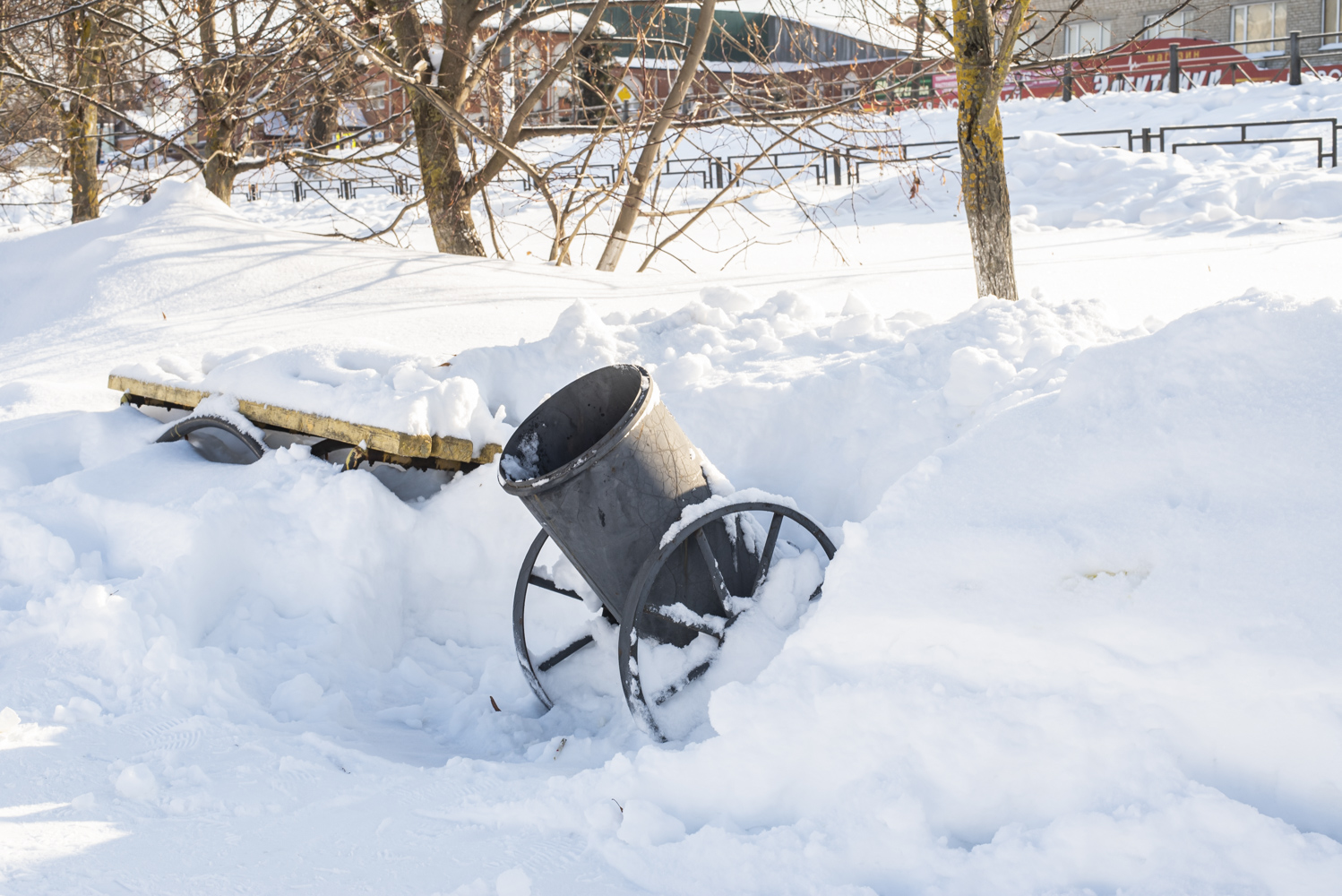 MALOYAROSLAVETS, 18/02/2021. In the main park of Maloyaroslavets, the public trash bins are shaped like cannons from the Napoleonic era, and remember the symbolic history of this city during the military defeat of the Napoleon war. 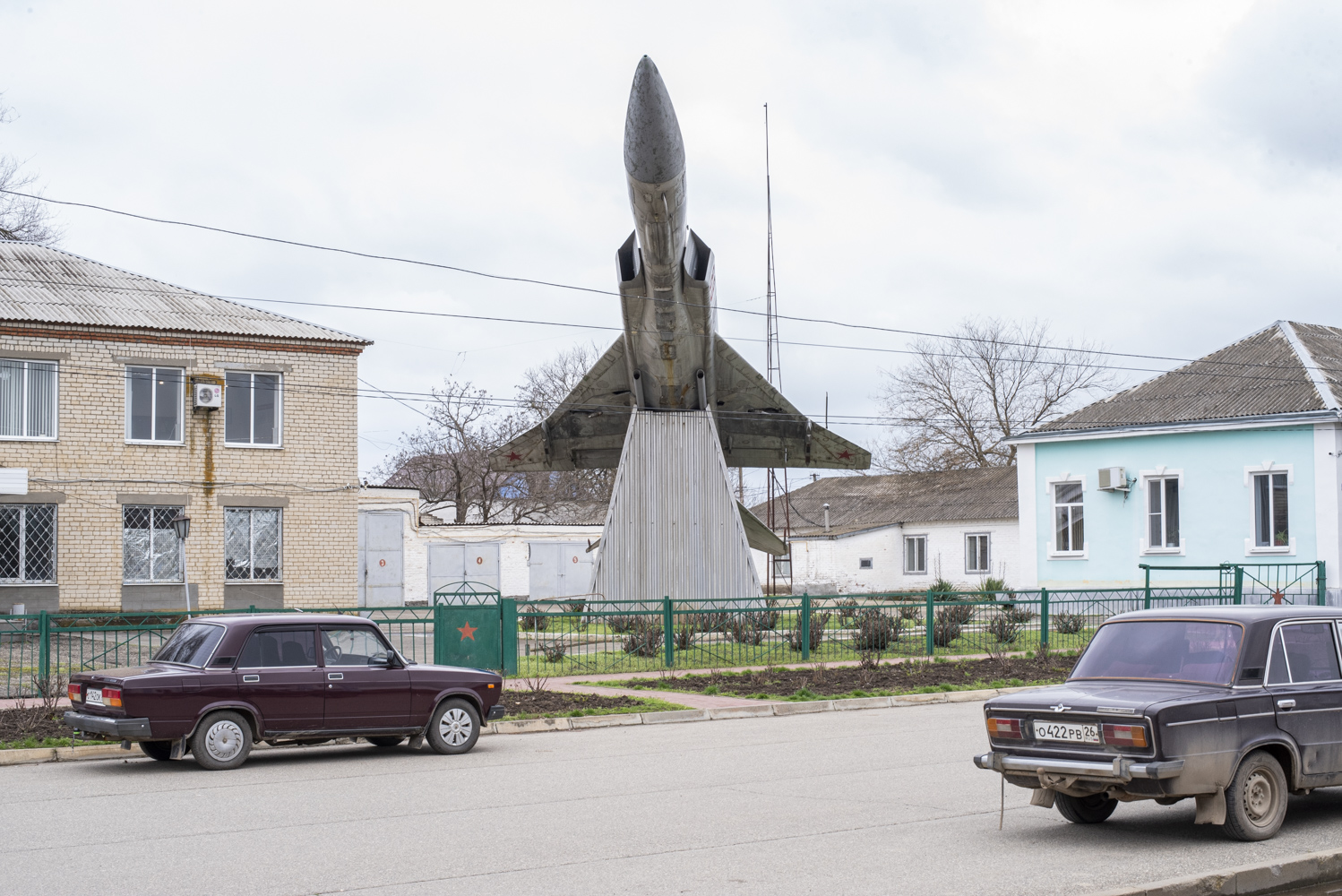 KRASNOGVARDEYSKOYE, 14/04/2021. A fighter plane is set as a trophy in the garden of an administrative monument on Lenin Street of Krasnogvardeyskoye. Elements referring to war, used in urban design, are common in villages and towns in Russia, and are emphasizing the past of the Soviet Union. 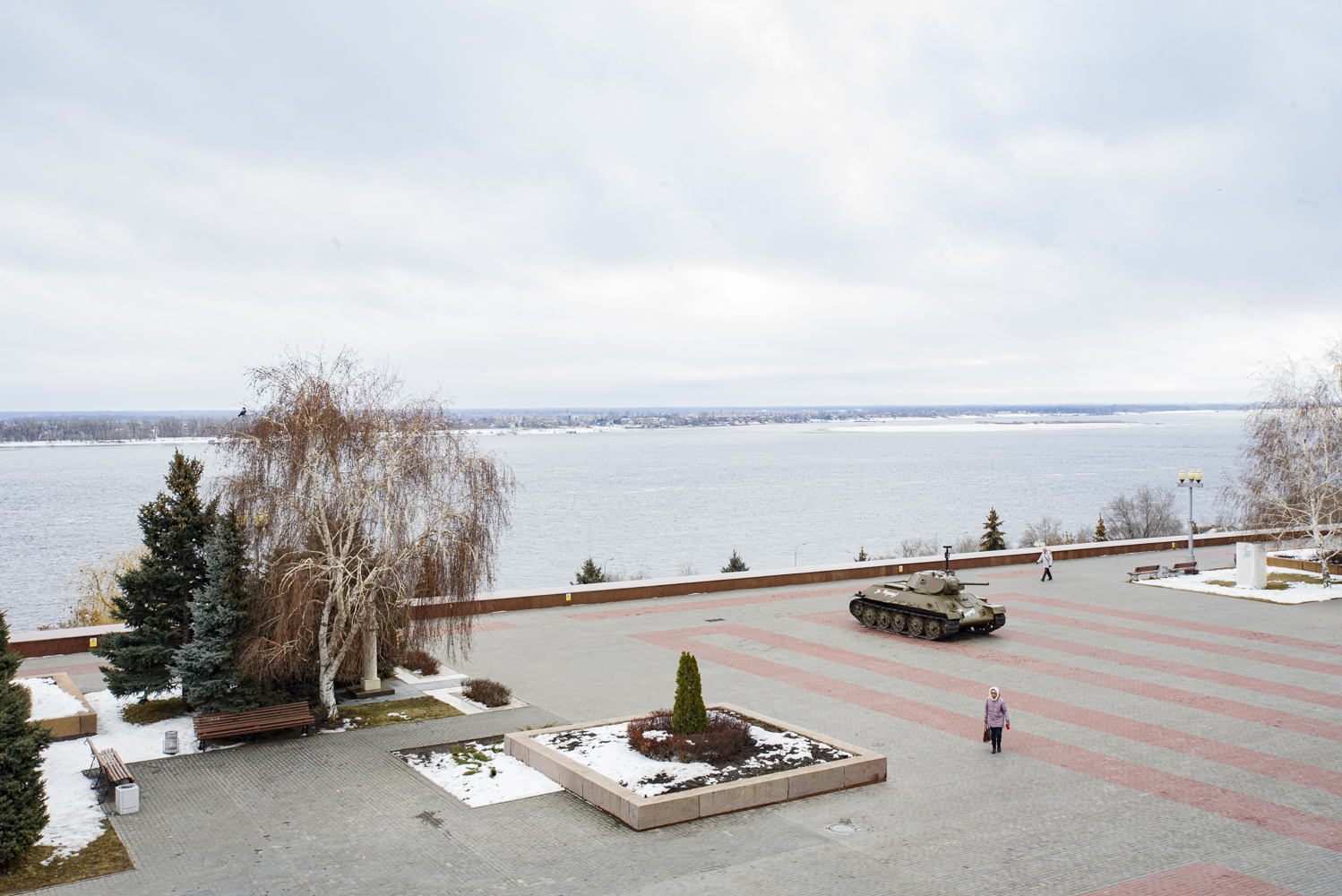 VOLGOGRAD, 18/02/2020 - A tank from the red army is installed in front of the Volgograd Panorama Museum. Volgograd was previously named Stalingrad. During the second world war - the great patriotic war - one of the largest battles happened here, which cost the lives of thousands of soviets. 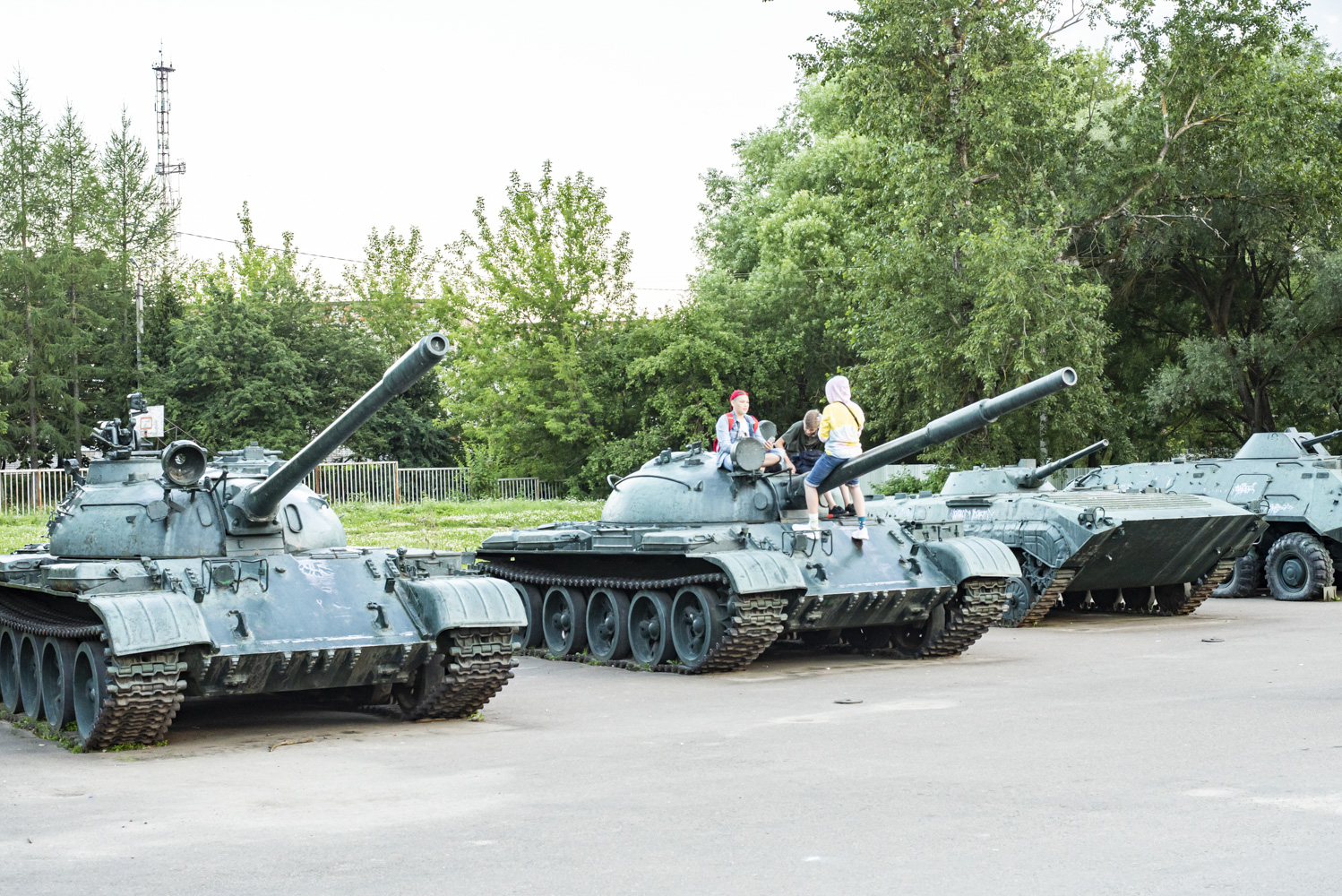 MALOYAROSLAVETS, 12/07/2020. At the end of the afternoon of July, teenagers are talking on a tank. As in many Russian cities, the center of Maloyaroslavets has a space dedicated to the World War II memorial, made up of old tanks and an eternal flame. Maloyaroslavets is historical place, where one of the main battles of the Napoleon war occured in 1812. 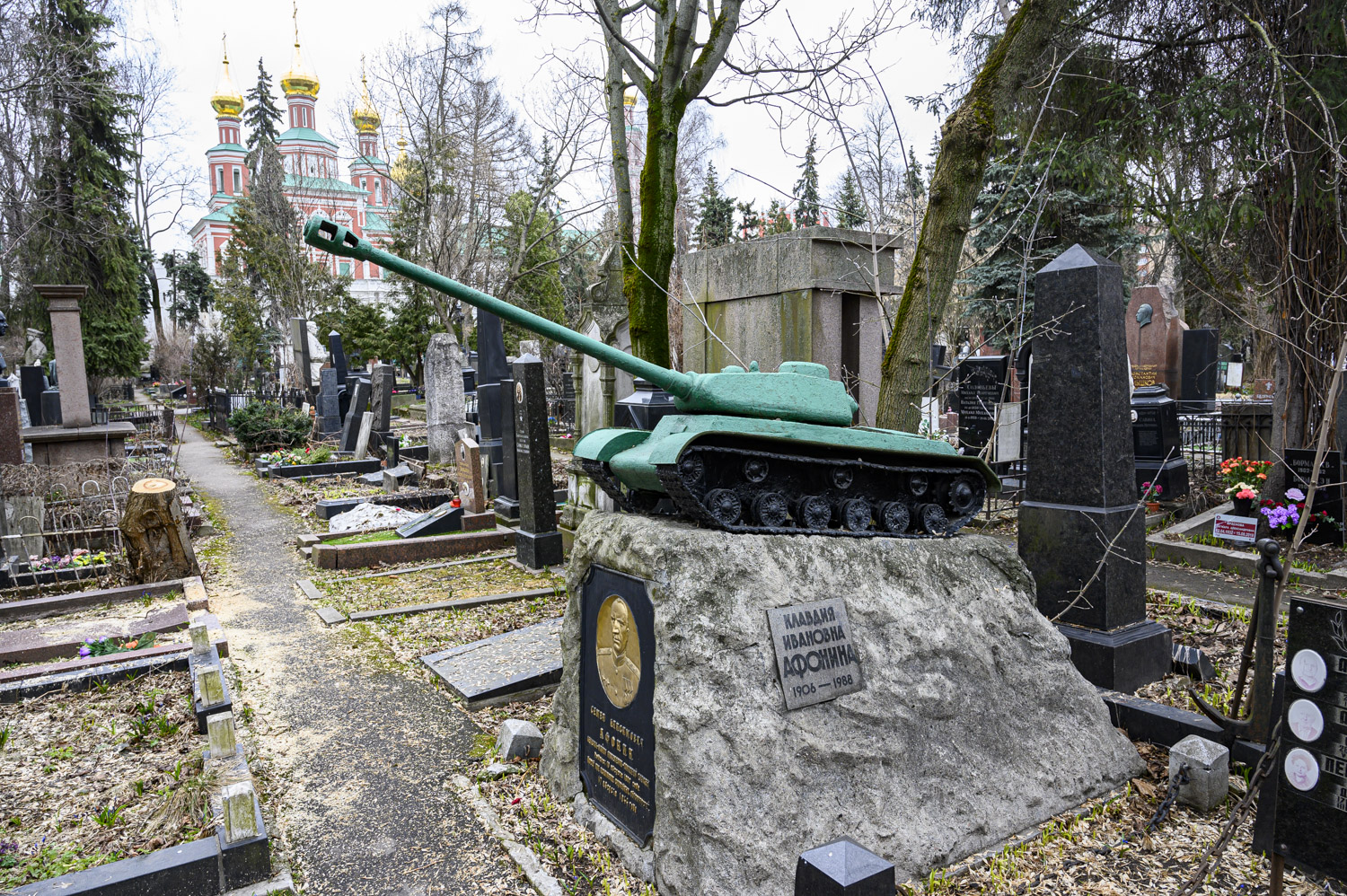 MOSCOW, 13/04/2022. The grave of General of the Soviet army is topped with a tank in the Novodevichy Cemetery, in Centra Moscow. 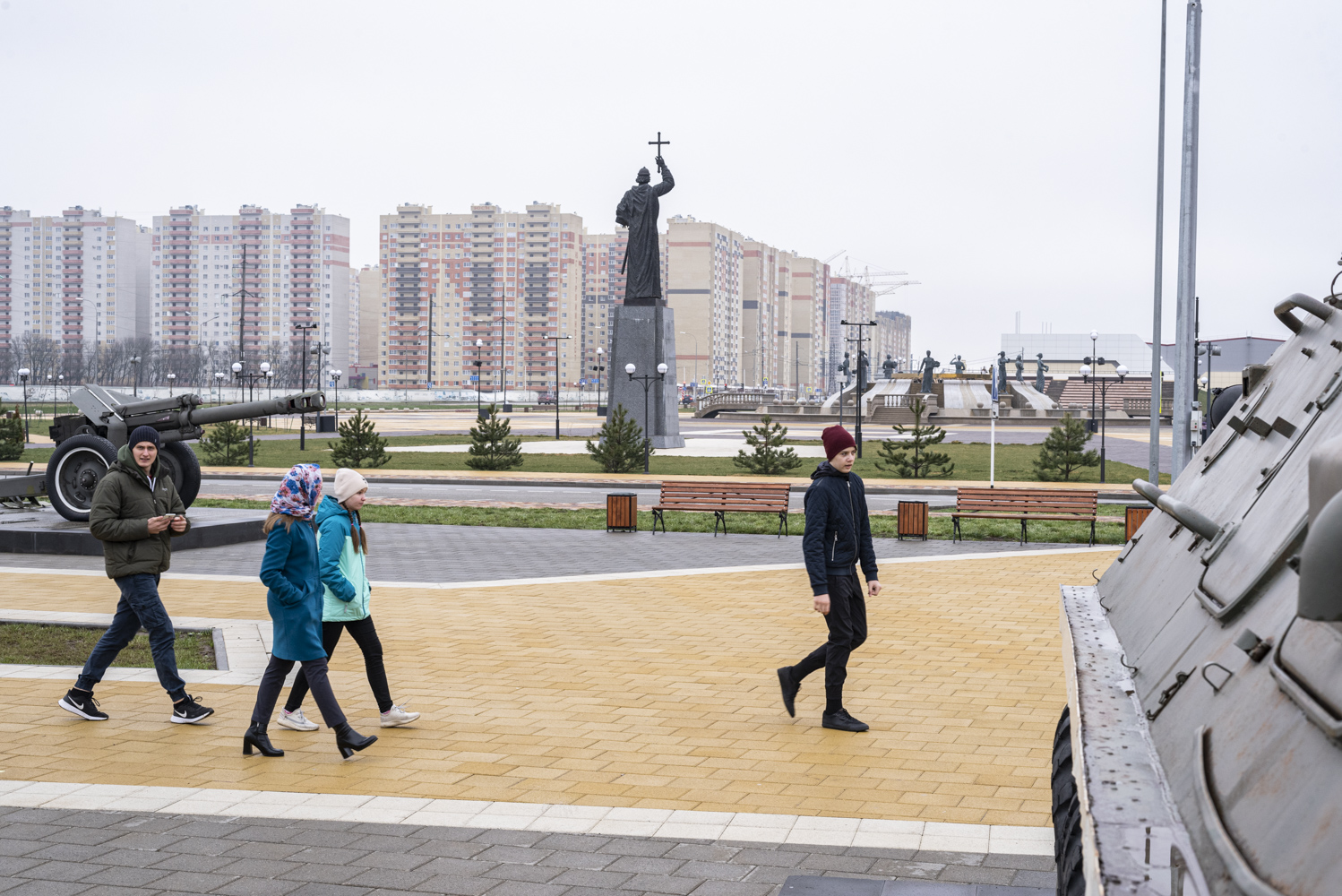 STAVROPOL, 11/04/2021. On a Sunday morning, four young people came for the day to visit the new Victory Park, which was built in the Perspektivne, a new district in the suburb of Stavropol. 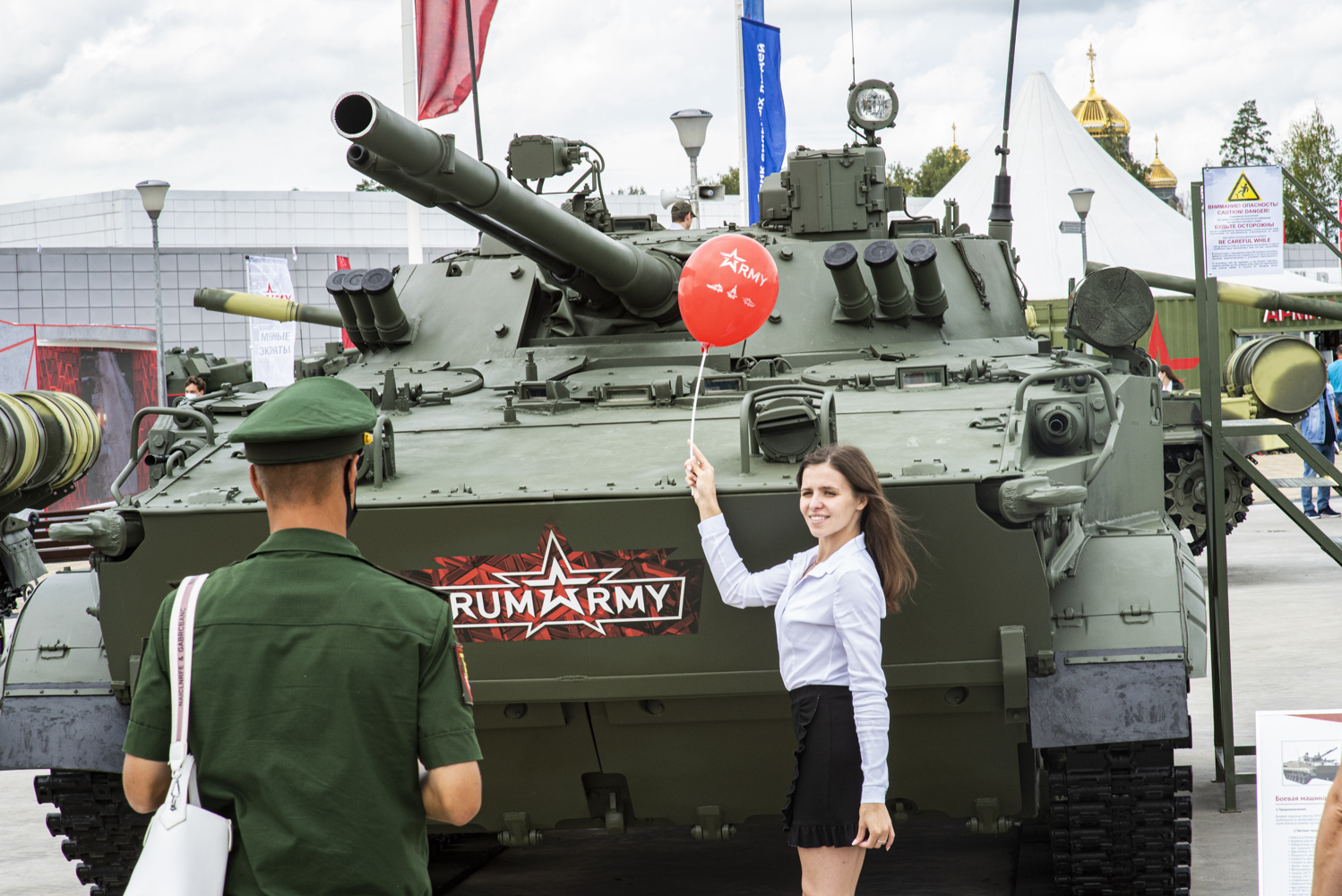 MOSCOW, 27/08/2020 - A young woman is posing in front of a tank with a balloon at the “Expo Army”, an exhibition which happens every year and promotes the Russian military industry. 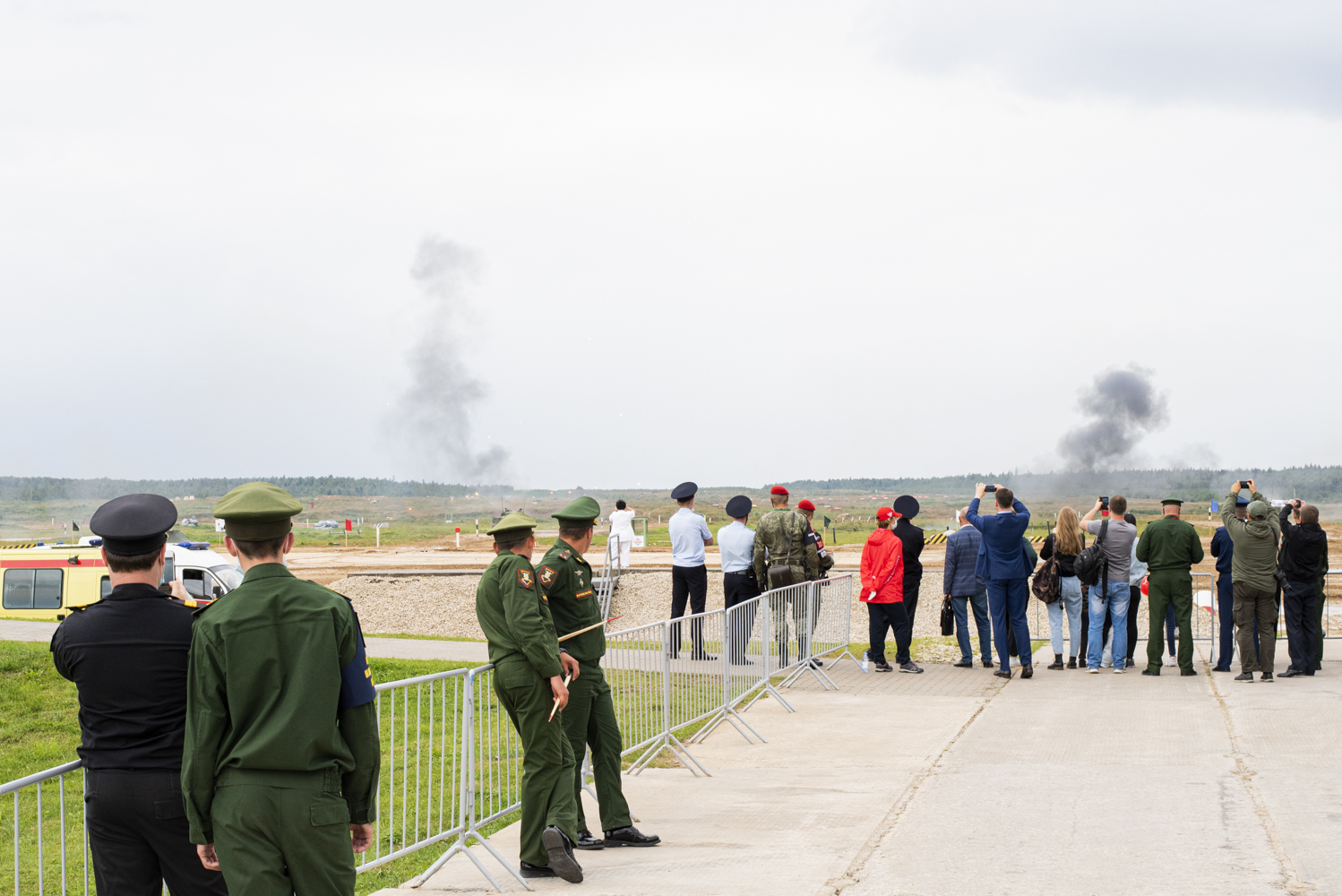 MOSCOW, 27/08/2020 - Simulation of a tactical combat with tanks in a military field during the “Expo Army”. Militaries and families are observing the simulation in a large battle field. 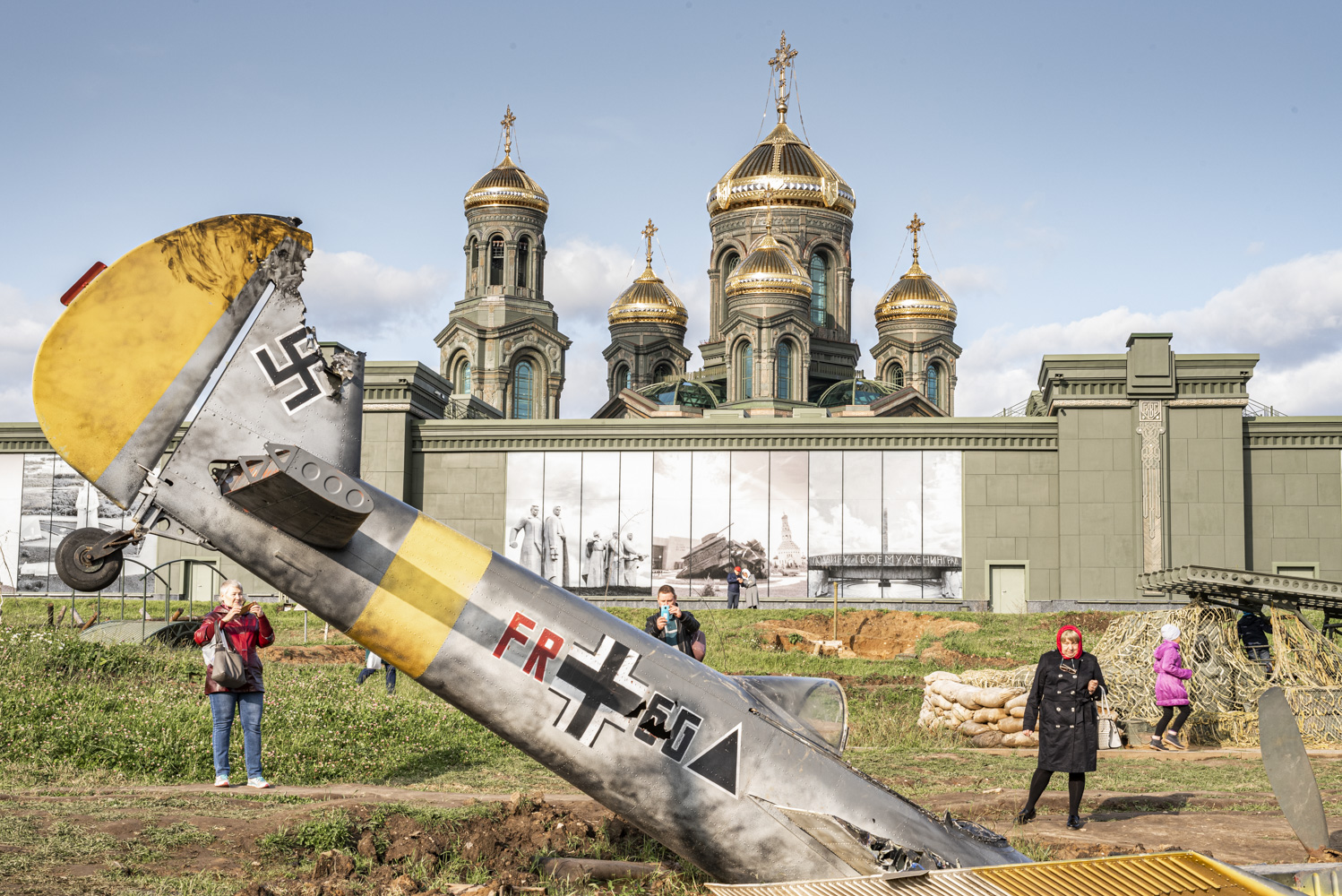 MOSCOW, 20/09/2020 - A plane from the German army, captured by the USSR during the second world war, is displayed in the park surrounding the Cathedral of the Russian Armed forces. Planes, tanks, trenches and barbed wires give an impression of historical reconstitution. 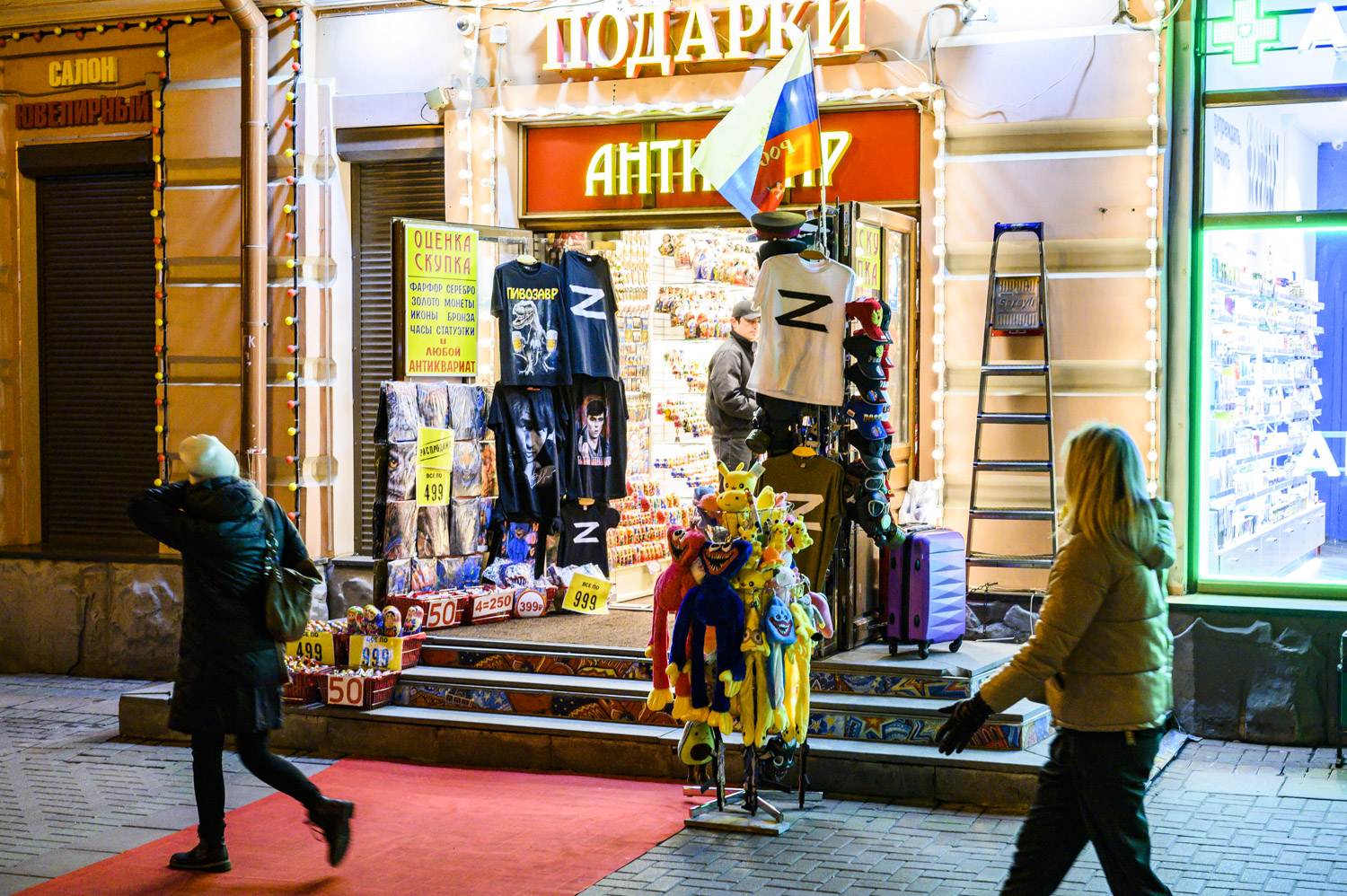 MOSCOW, 01/04/2022 - Slightly after the start of the special operation, souvenir shops on Arbatskaya are selling t-shirts with the “Z” letter. The "Z" products are targeting the russian tourists as of international tourists have not yet came back since the COVID-19. 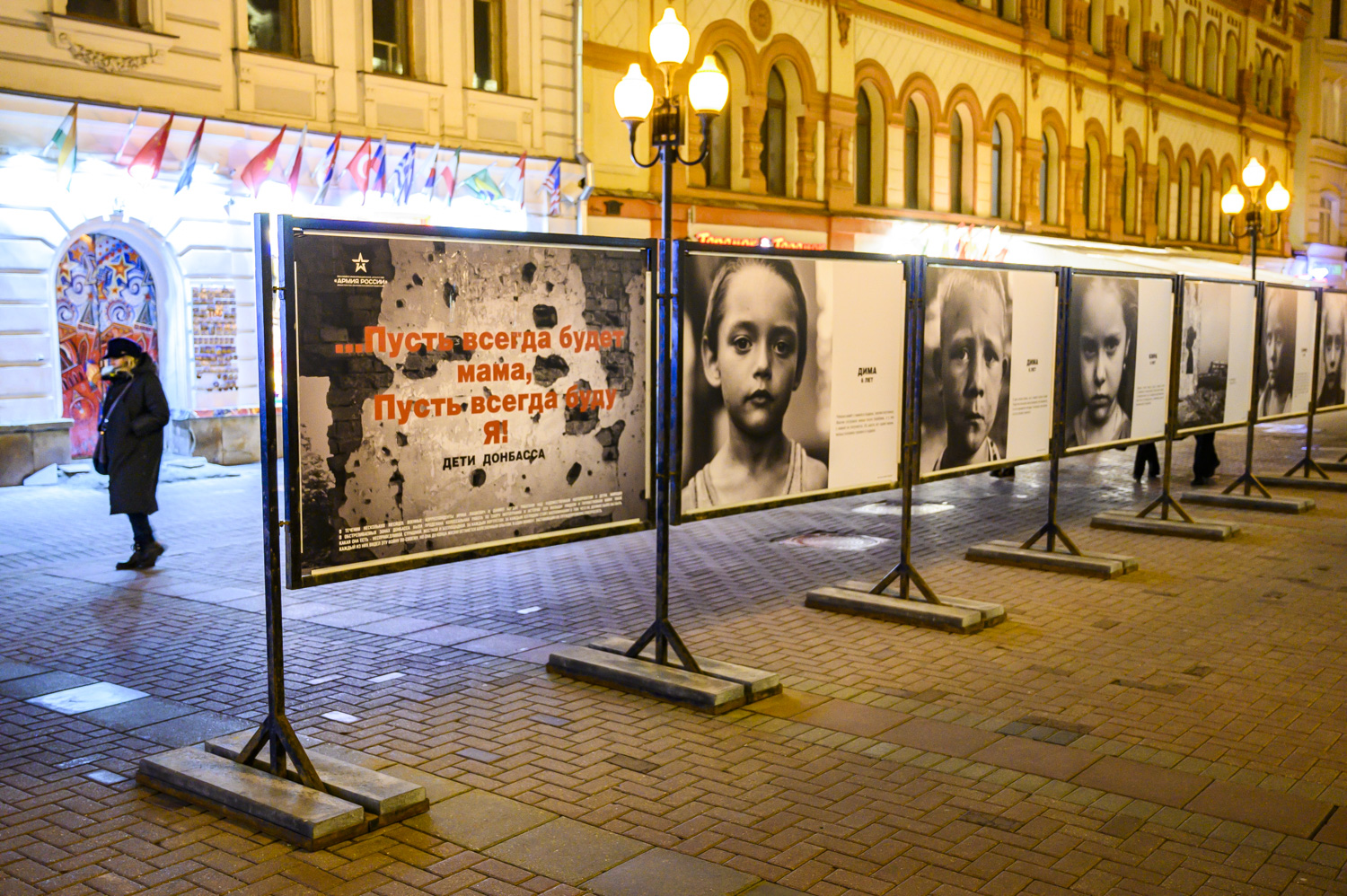 MOSCOW, 01/04/2022 - In Arbatskaya street, one of the most famous streets in Moscow, a photo exhibition is showing faces of orphans from the Donbass. This photo exhibition was installed after the launch of the special operation and was sponsored by the Ministry of Defense. 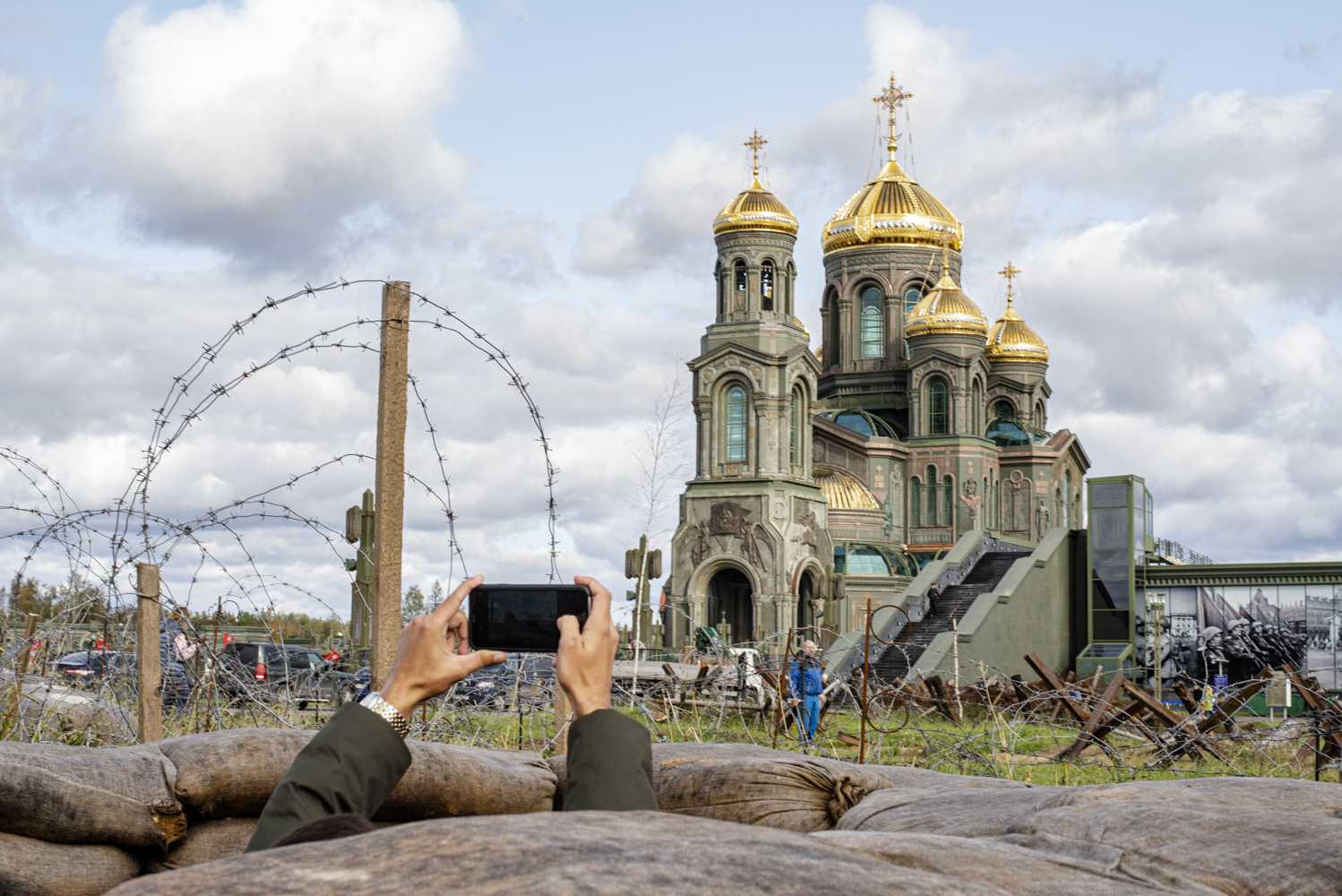 MOSCOW, 20/09/2020 – On a Sunday afternoon, a visitor is taking pictures of the cathedral from a trench from the open-air museum “the field of victory”. 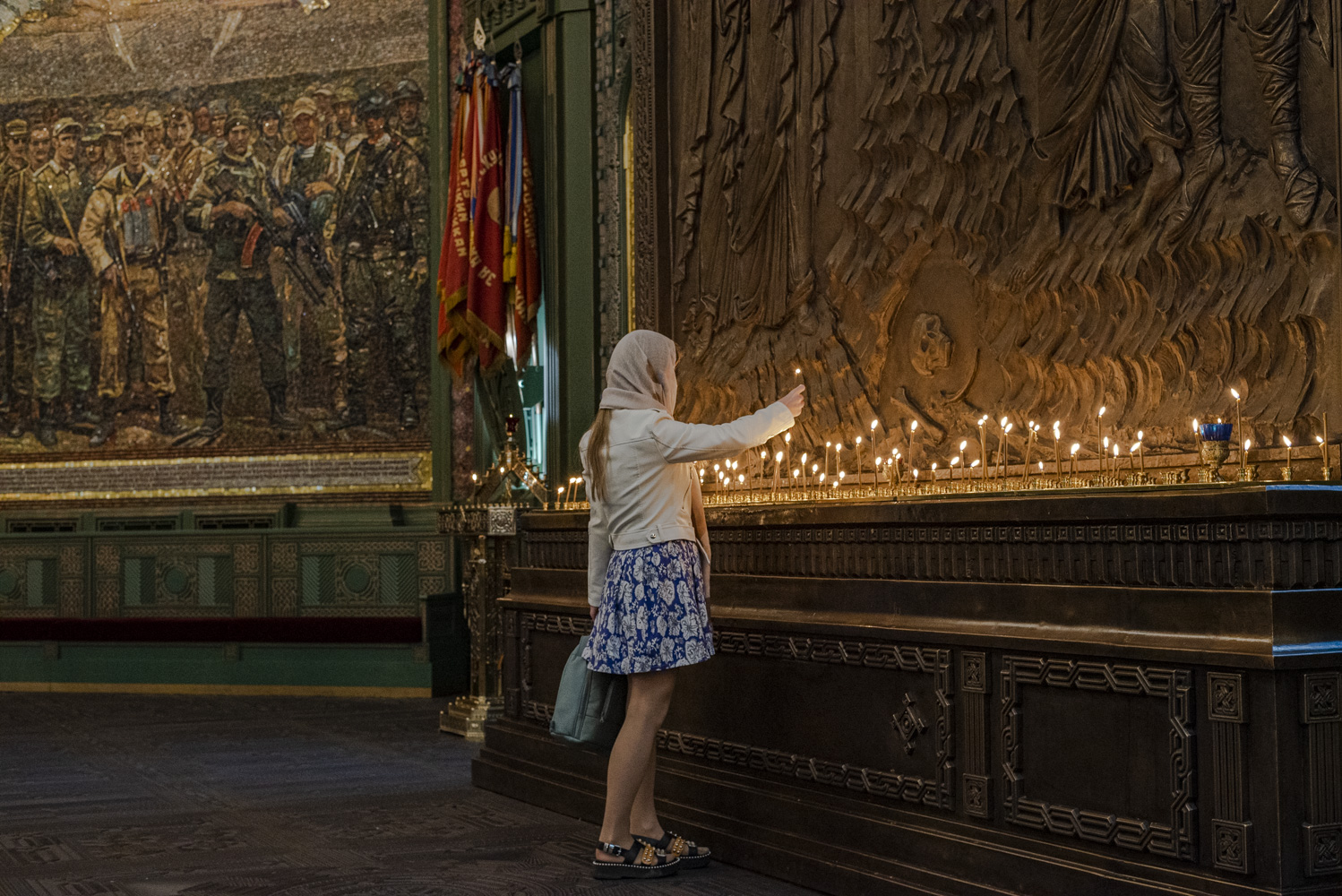 MOSCOW, 27/08/2020 - A young woman is lighting a candle during her evening prayers at the Cathedral of the Russian Armed Forces. Behind her, a mosaic representing Soviet soldiers deployed during theSoviet war. 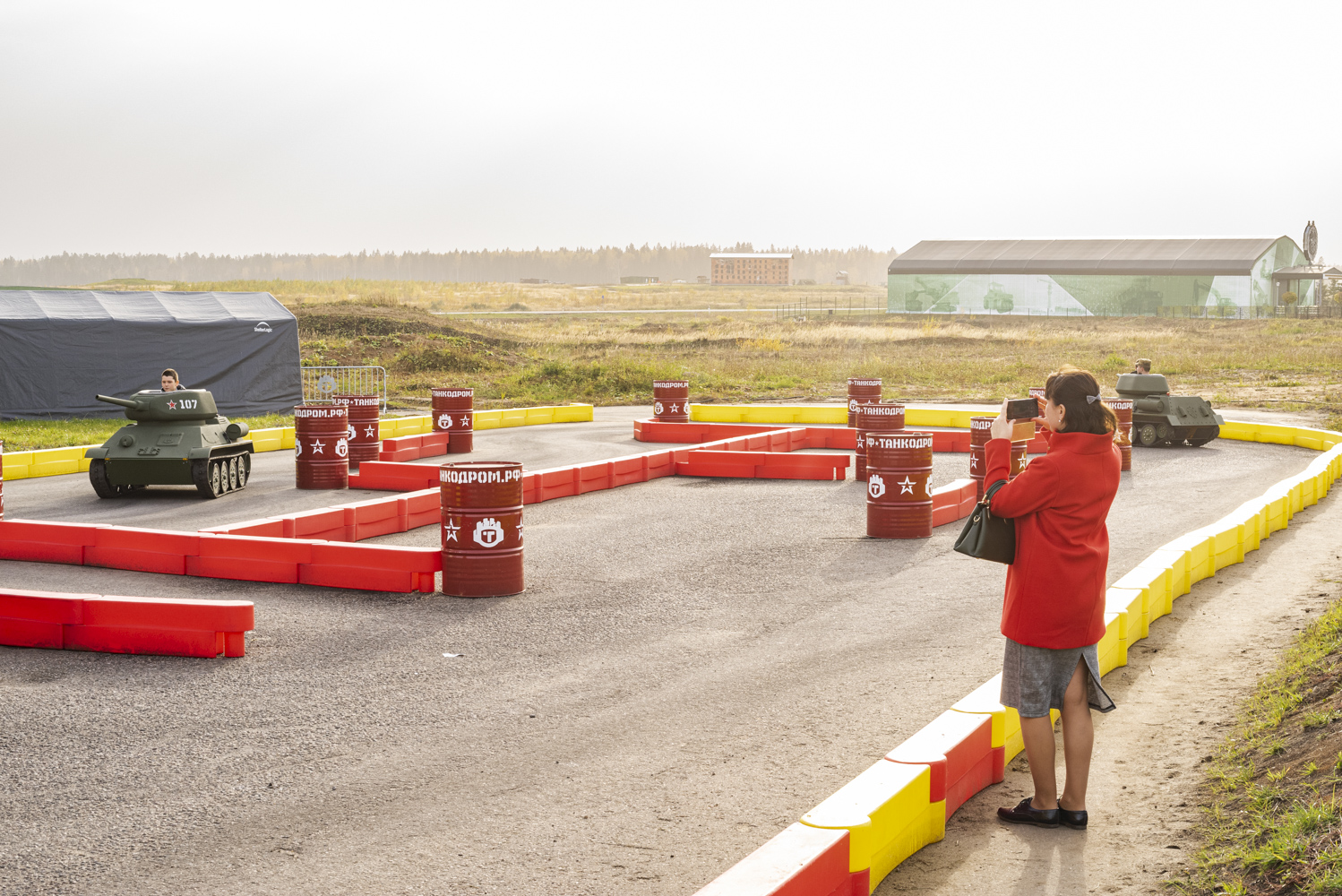 KUBINKA, 11/10/2020. A mother is taking a picture of her son who is riding a tank in the "Tankodrome", situated near the parking of the "Patriot Park". 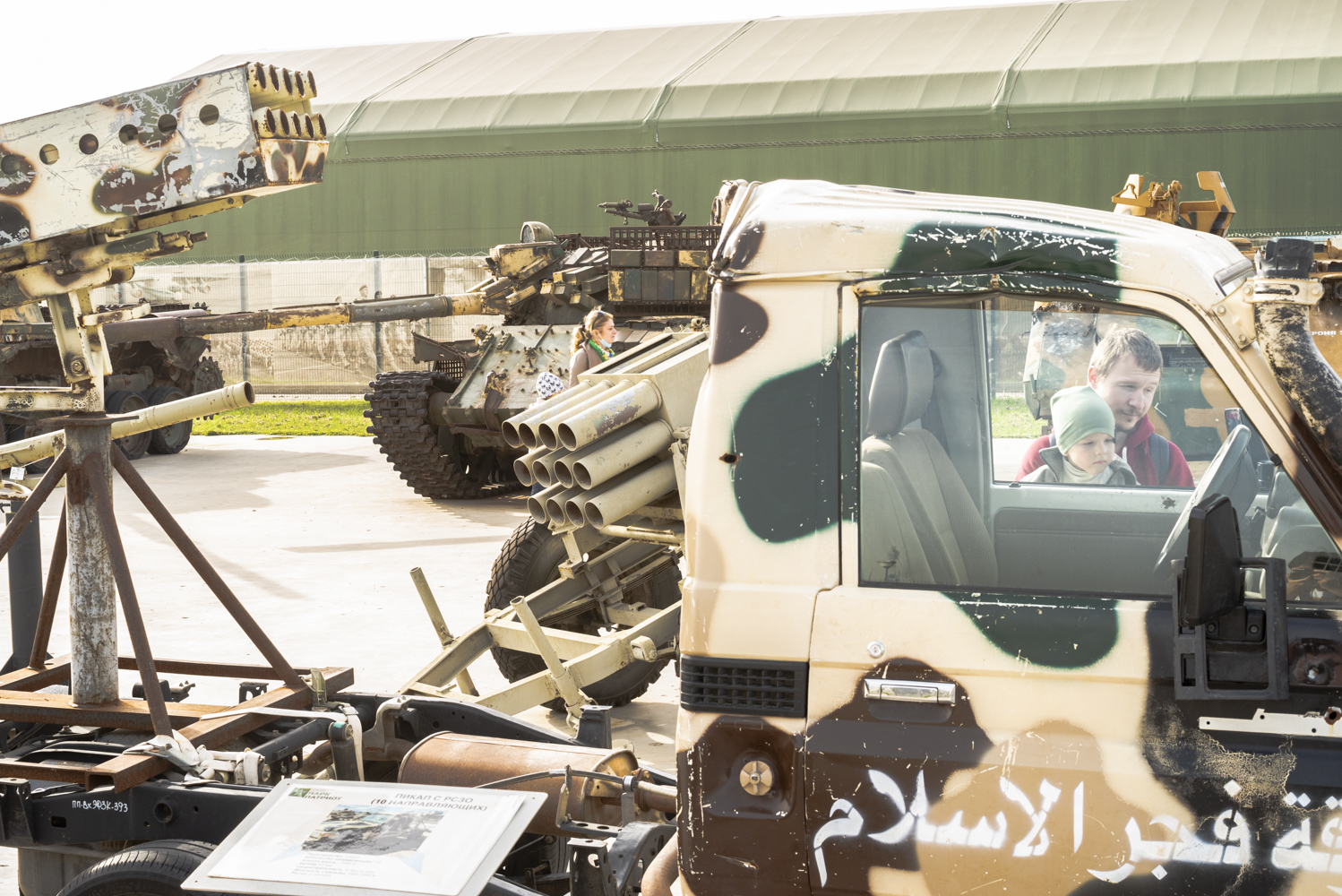 MOSCOW, 11/10/2020 - A father and his son are observing jeeps which were used by the russian army in Syria at the Patriot Park open air museum which displays all the soviet and Russian planes, helicopters and other artillery pieces. 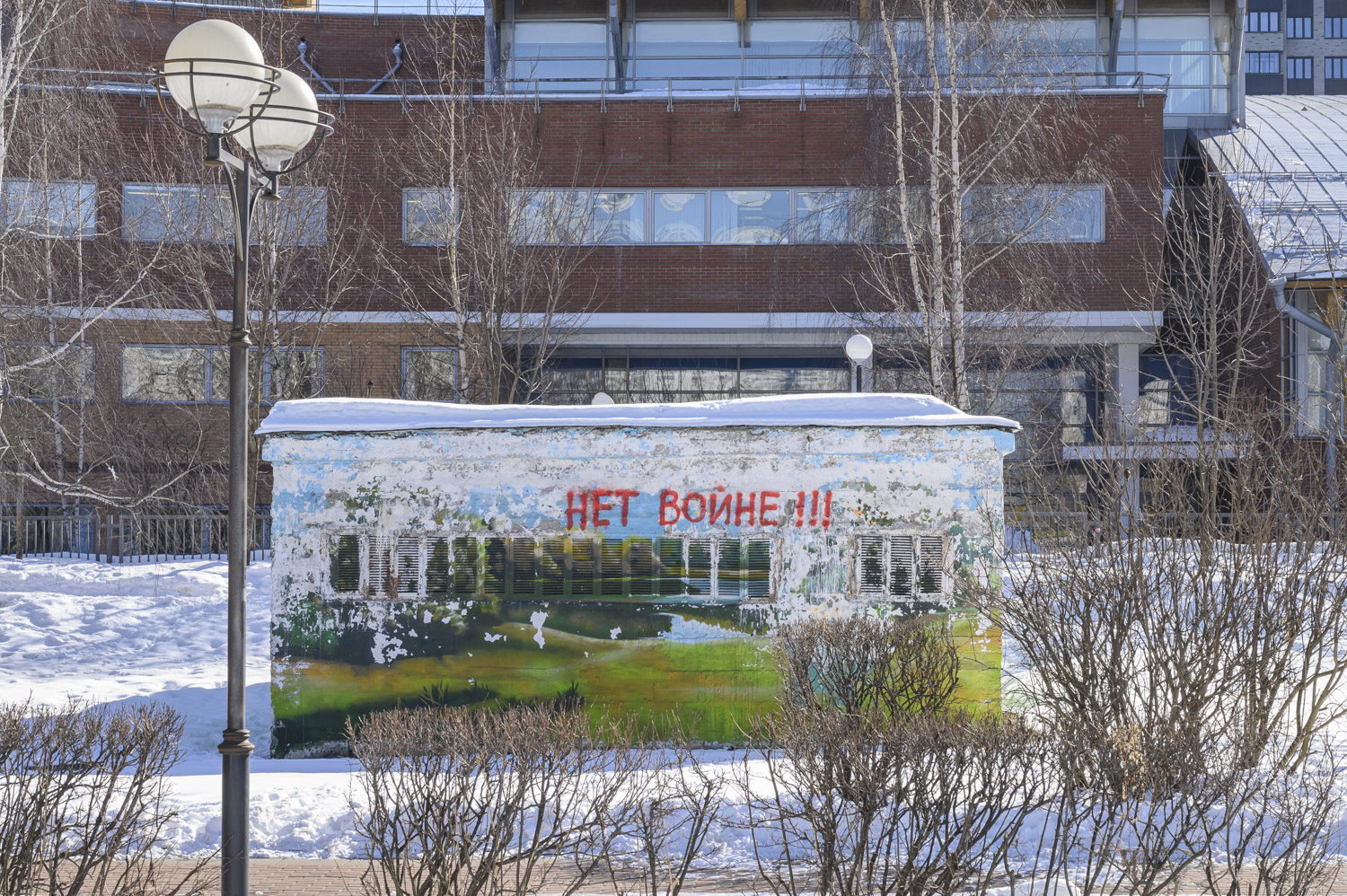 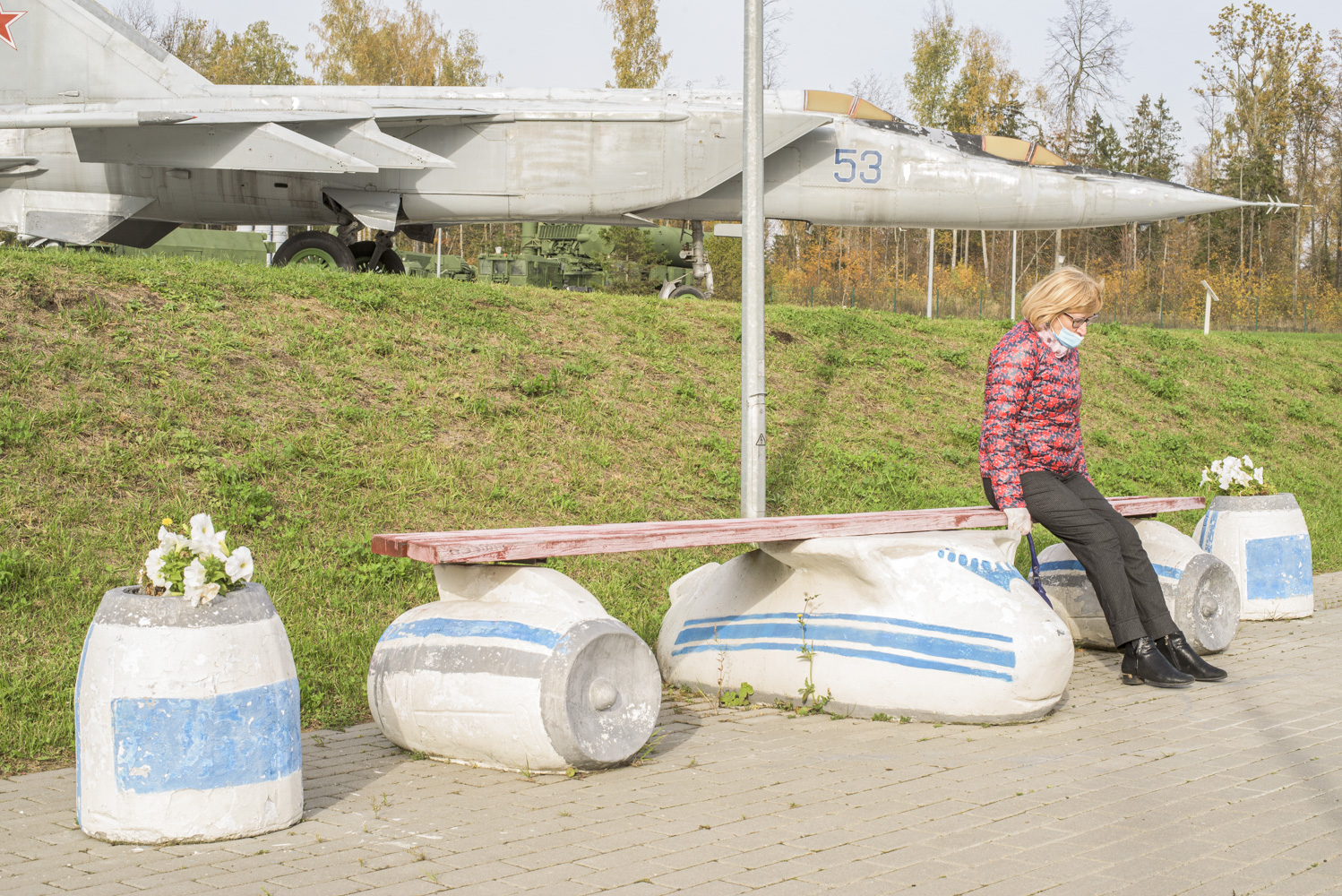 MOSCOW, 11/10/2020 - A woman is waiting for her husband and her son, sitting on a bench in the shape of a plane at the Patriot Park open air museum which displays all the soviet and Russian planes, helicopters and other artillery pieces. 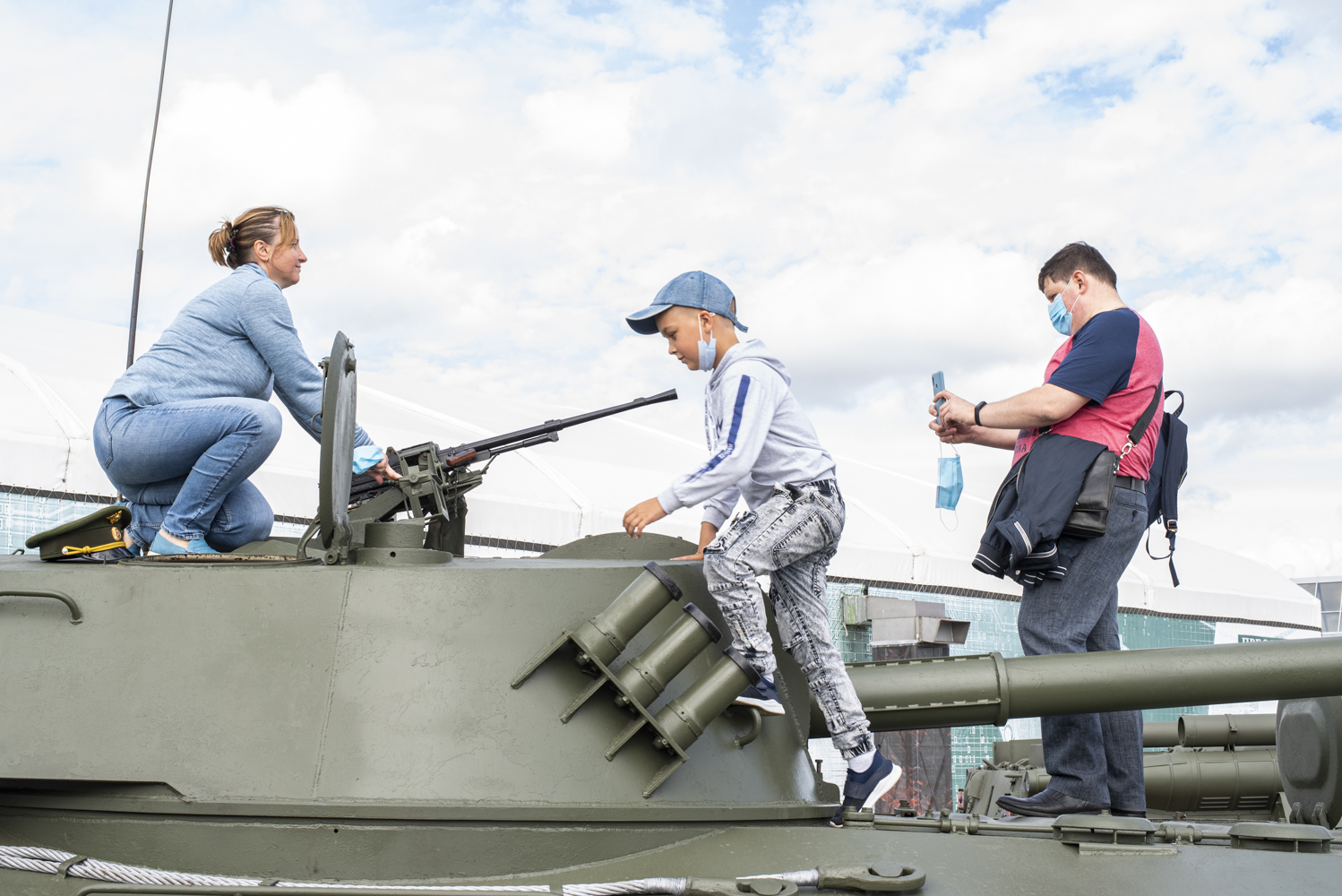 MOSCOW, 27/08/2020 - A family is immortalizing the visit of the “Expo Army” with a picture taken on top of a tank. This event aims at promoting the Russian military and defense industry and is welcoming for families, proposing many entertainment activities. 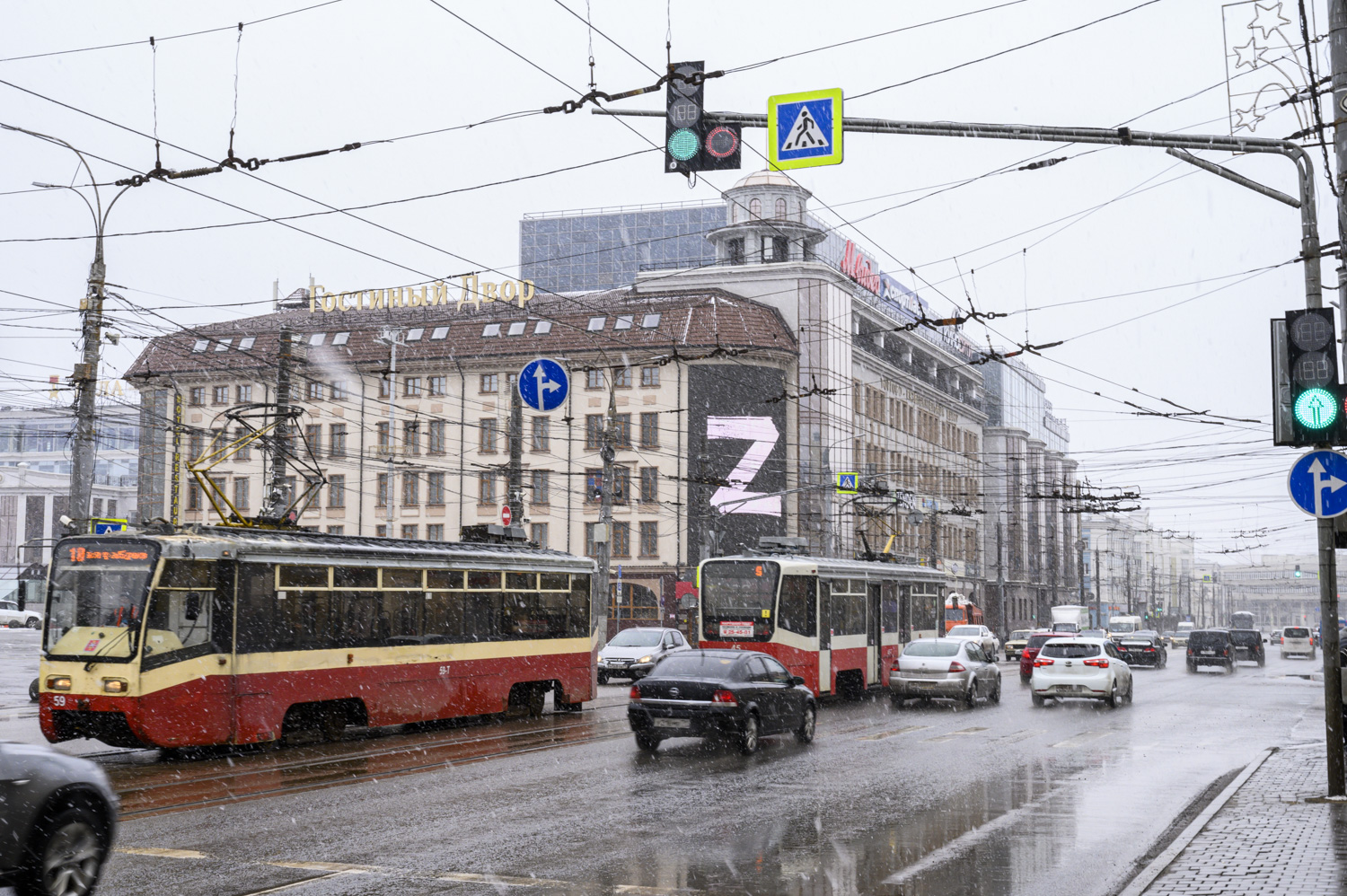 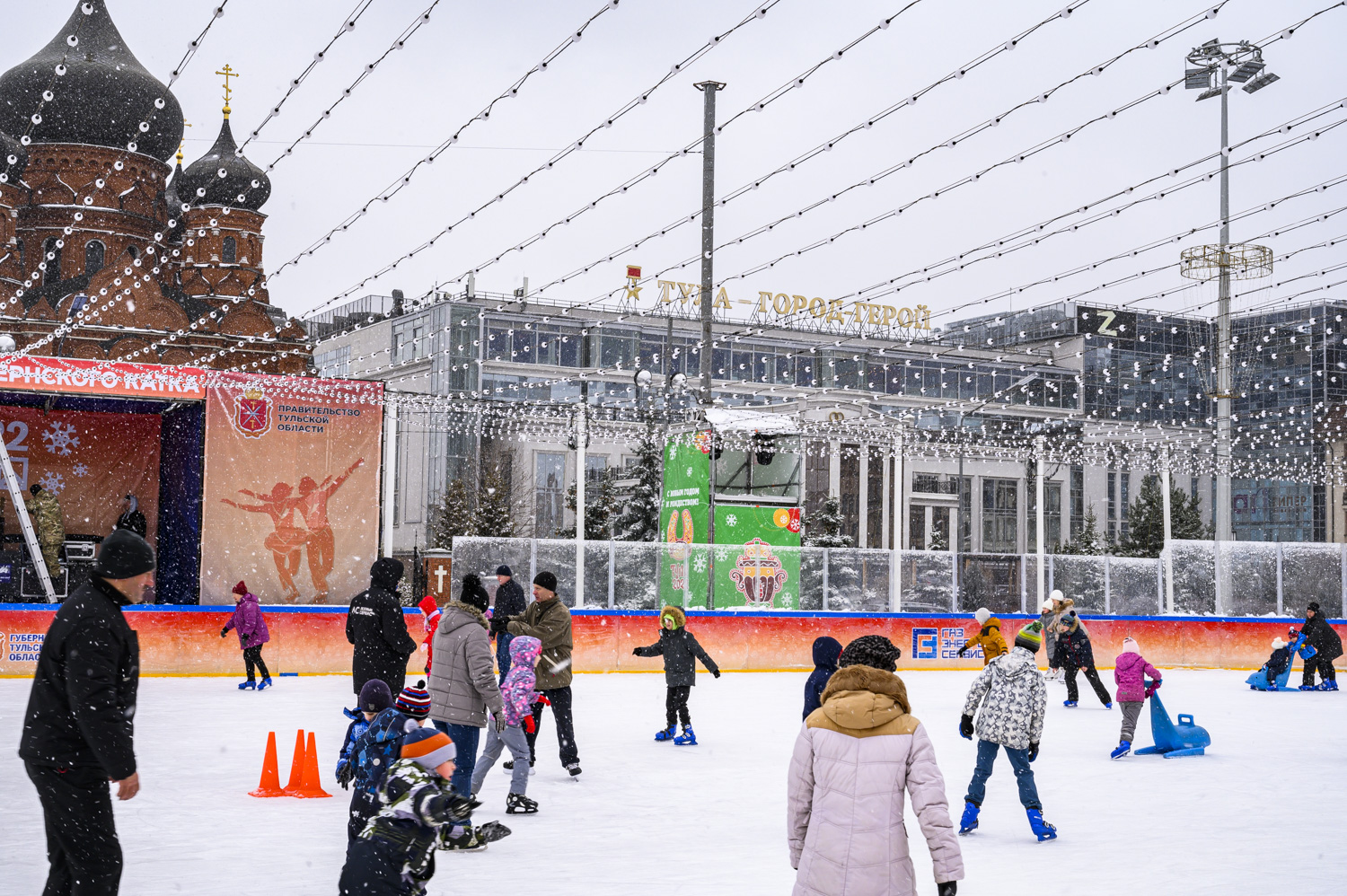 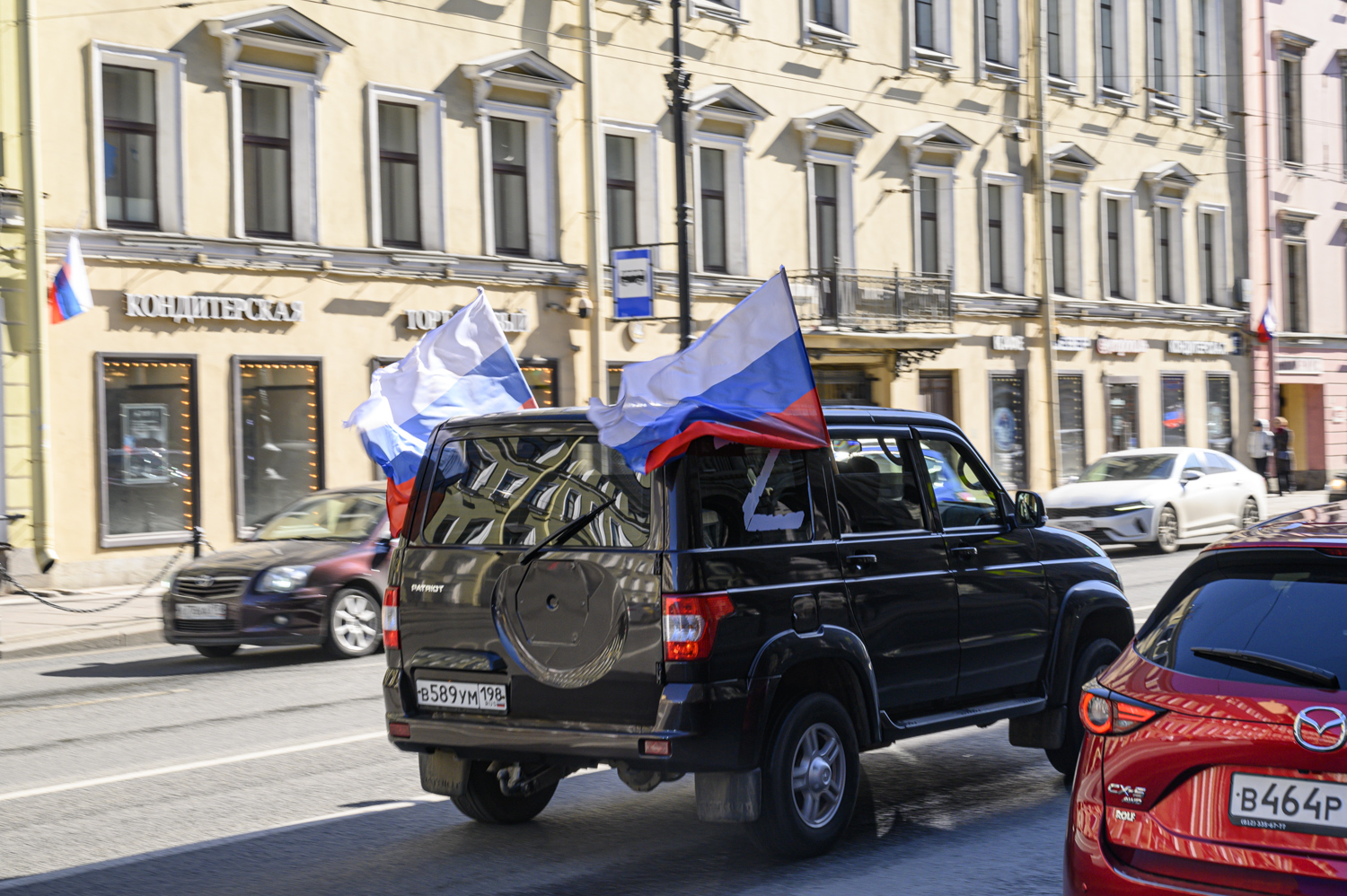 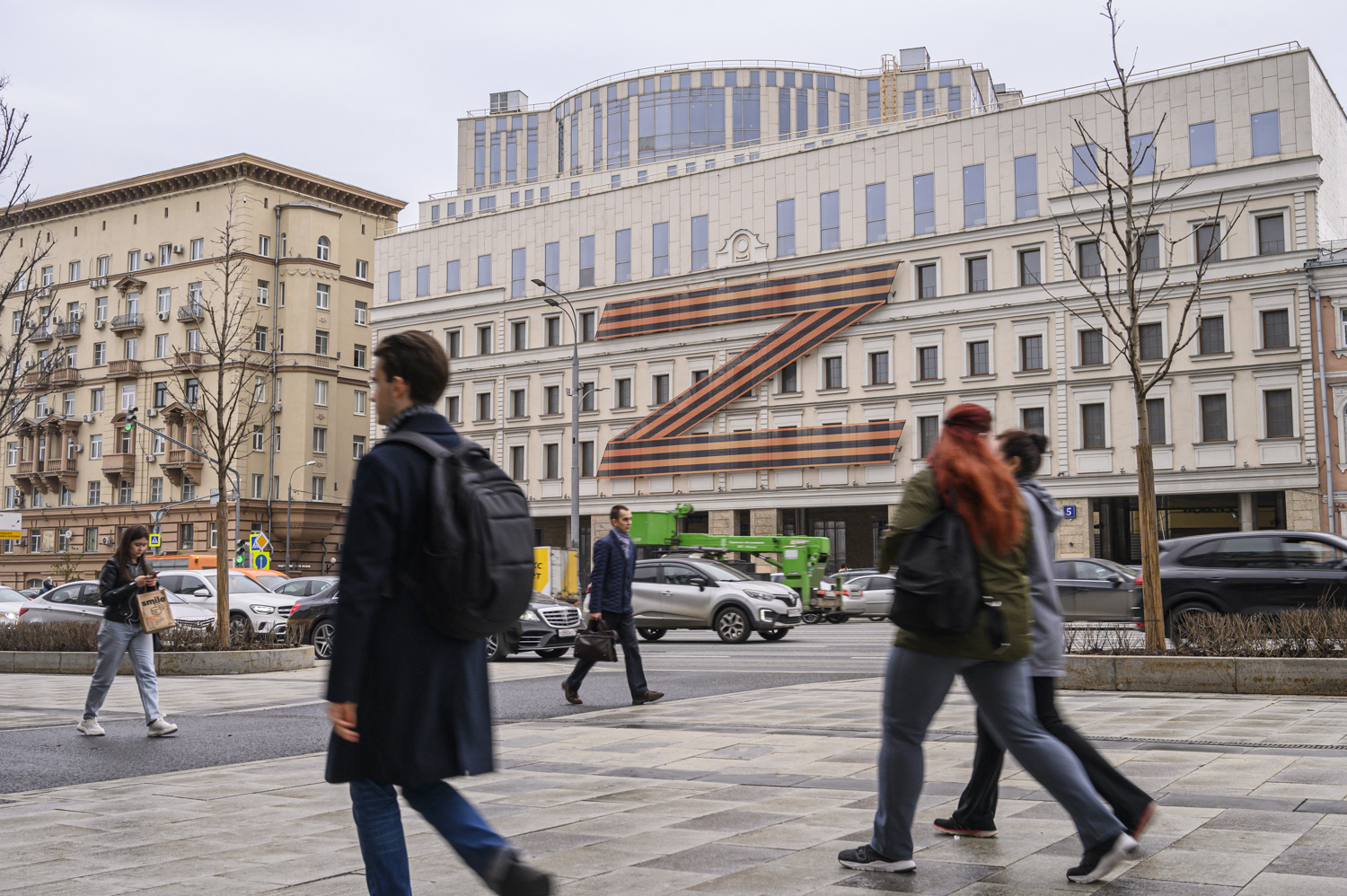